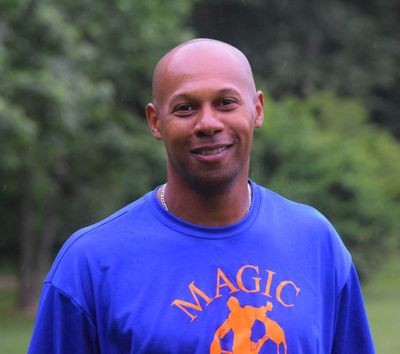 Coach Devin Payton was a former professional soccer player in ISISL with Maryland Mania, Carolina Dynamo, and had a short stint with MLS's Tampa Bay before injury ended his soccer playing career. In 2002, Coach Payton was honored to be able to represent his country when he was called up to US Men's Futsal National Team. Coach Payton attended Old Dominion University where he was a freshman first-team All-American selection by Soccer America Magazine. He was a four-year starter at ODU with CAA conference honors three out of four years.

Coach Payton attended Magruder High School and in 1993 was named a Parade and NSCAA All-American as well as "Maryland Gatorade Player of the Year". Devin was also selected to the inaugural "PUMA Cup Tournament", featuring the top high school seniors in the country for both high school boys and girls in youth soccer, and was the Puma Cup's top scorer. His records and picture are featured in the US Soccer Hall of Fame in Oneonta, NY.